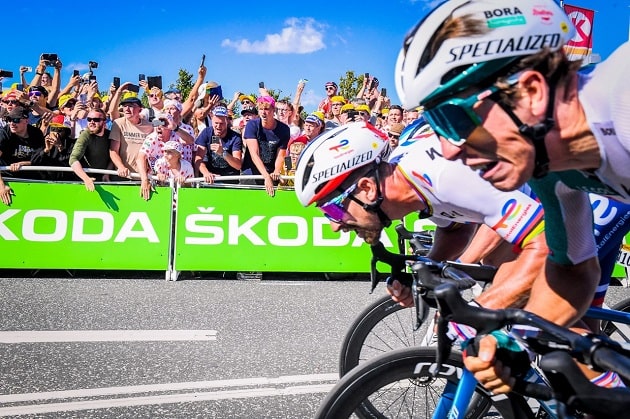 As we go head into the 4th stage of this year Tour de France, we should be very grateful to have an intact peloton. One of the main reason remains the excellent organisation and road choices of this year’s Tour. Also, as witnessed by Mathieu van der Poel riding at the back of the peloton, riders are not nervously always fighting to place. It does take out the excitement but no one would like a repeat of last year’s early drama.

As much as we hoped for action, sprinter’s team have shown a lot of calm in the first two more hectic stages in Denmark and things are not expected to change. The 900m climb of the Cote du Cap Blanc- Nez could be a site of action but it will take something really special to go solo.

A few sprinters, might find it hard to keep their places but we should have a final sprint showdown. 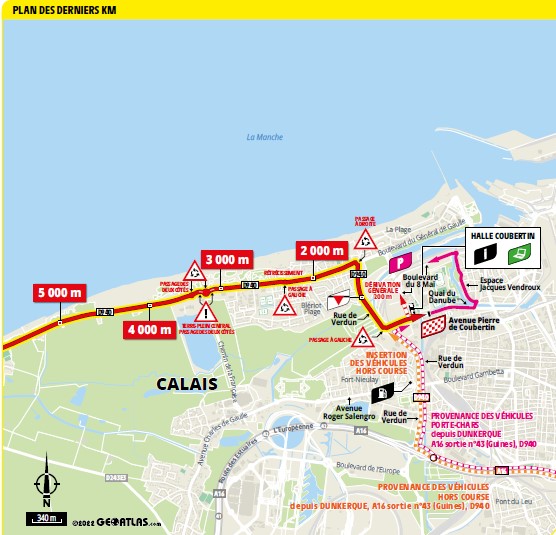 As flat as the final km could be, there will quite some tension, with a sudden narrowing of the road at the 3km mark. More trouble will follow with the undertaking of 2 sharp turns,  the first one at 1.5km and the second one before 500m to the finish.

To win the stage, it  will be require some climbing power and A LOT of skills, something that the Slovakian champion has not lost. The first two stages have proved that Sagan might not be the fastest but he certainly has lost nothing of his bike handling abilities.

The Australian has been denied a proper chance of sprinting for victory in the final meters of stage 3 by having his path closed. With a smaller sprint field, this is the proper first of many of his chances for a stage win.

Everybody’s favourite, his three consecutive second places might be the start of some frustrations for the Belgian. Confined to a domestique role on Wednesday’s cobblestones, he would gladly take the win here.

He probably has the most efficient sprint lead out of the peloton but after being brillantly released by Jasper Stuyven in the final meters, he just does not have the same kick as the best sprinters.

This is the type of stages he enjoys. We will probably see the Alpecin-Fenix team trying to break the peloton and the heaviest sprinters in the final climb. from the top to the finish, it will just be a matter of staying at the head of the race.