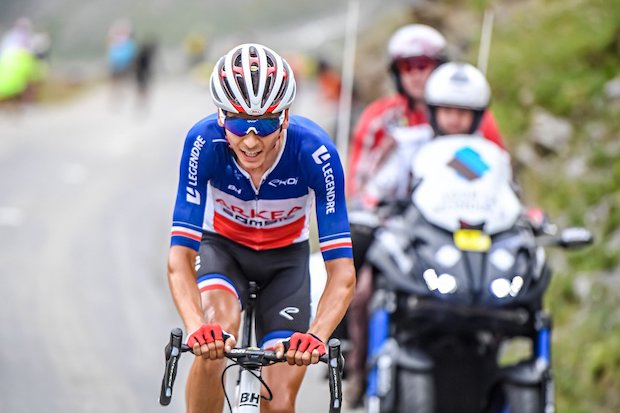 Reports are that Katusha will merge with Arkéa-Samsic in 2010 as Russian billionaire Igor Makarov remains owner of WorldTour license.

Merging with Arkéa-Samsic would have huge perks for Katusha, including the expected acquisition of Nairo Quintana, who is reportedly set to transfer as his Movistar contract ends this year. Nacer Bouhanni is also reported to have a deal in place with Arkéa-Samsic.

However, Le Telegramme reports that Arkéa manager Emmanuel Hubert has denied the claims.

The new WorldTour team would ride on BMC bikes as Katusha’s contract with Canyon expires at the end of 2019.