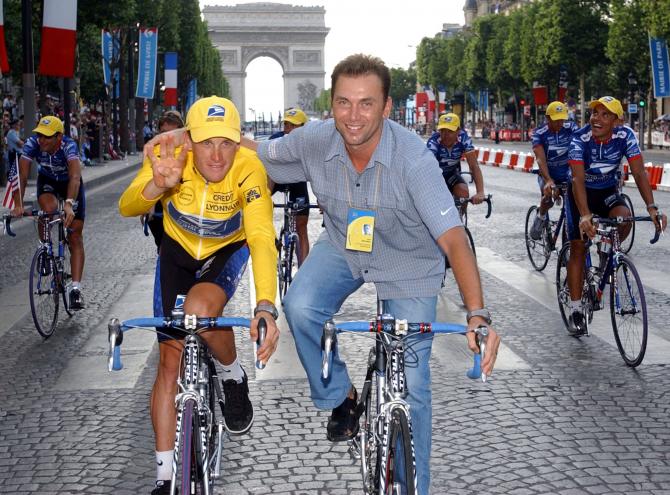 Speaking in his first major interview in years, Johan Bruyneel admitted that he and Lance Armstrong were “too arrogant” during their heyday but issued a warning that they weren’t the worst people doing it.

“I do know that Lance and our team did not invent the system,” Bruyneel said. “It did not start with us, and it did not end with us.”

“It’s easy to blame Lance and the team for everything that is wrong in cycling. I’m sorry, but I don’t buy it.”

Bruyneel, who is still fighting a 10-year ban from racing, told Het Nieuwsblad  that he was “ashamed” how they acted.

“We were far too arrogant,” Bruyneel admitted. “It wasn’t intimidation, but arrogance. I took part in that, and that was completely wrong. We made a lot of enemies. But when you in the middle of it, the only thing that counts is the result. I am ashamed now how I behaved in some situations.”

“My marriage broke down and I lost a lot of money,” Bruyneel said. “Since the USADA report, I haven’t had any income. I learned who my true friends were, and very few of them are from cycling.

“From the outside, it’s very easy: You get what you deserved,” Bruyneel went on. “The answer is more complex. Lance got his seven Tours taken away, but no one behind him claims the victory.

“How come? Oscar Pereiro has built a whole business around the fact that he won the 2006 Tour. If you can claim that you are the Tour winner, even if you never stood on the podium, your whole life can change. But nobody does that to [claim] Armstrong’s Tours.”

“There is so much hypocrisy. [Bjarne] Riis wins the 1996 Tour, admits he doped, but he can still keep his title. It’s ASO who determines who can keep their wins, and who cannot.”

“For seven years we raced 3500 kilometres, suffered for three weeks and finally nobody won the race. No winner in all those years, that says enough to me.”