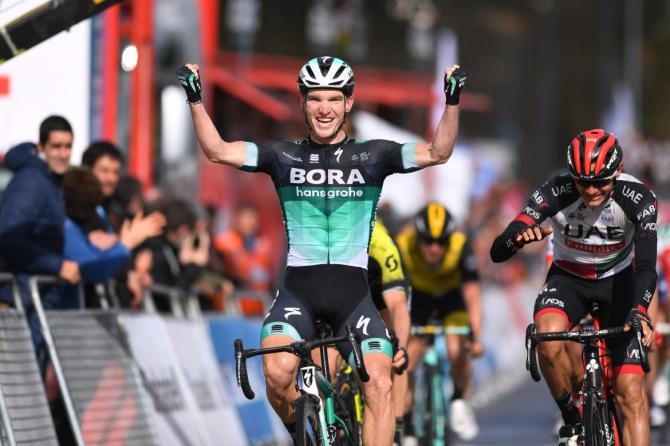 McCarthy launched his dash for the line perfectly at the end of a 184.8-kilometre route between Bormeo and Valdegovia marked by numerous failed breakaway attempts.

Alaphilippe, the winner of the opening two stages, was again in the mix in the closing sprint and remains eight seconds clear of Primoz Roglic in the general classification.