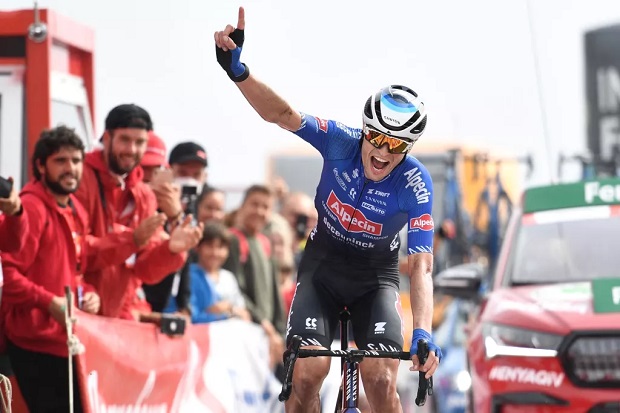 UAE Team Emirates started talks with Jay Vine and are trying to transfer the Australian climber despite his ongoing contract with Alpecin for 2023 season.

UAE has recently announced the signing of Adam Yates, which is bringing more power to the team’s climbing strenght.

Jay Vine turned pro in 2020, and signed with the Belgian team in 2021 after winning the Zwift World Championships. He impressed in this year’s Vuelta a Espana with two mountainous stage wins. He led the KOM classification until he crashed and was forced to abandon the race in the final week.

On the other hand, Pogacar’s team won’t renew the contract of Fernando Gaviria after another disappointing season for the Colombian sprinter.

Movistar looks in the lead to sign Gaviria for 2023 as the Spanish team is looking for a strong figure to represent South America, where the sponsor has a strong presence.

Just like Alexander Kristoff, Gaviria also criticized UAE team’s equipment, suggesting that Colnago wasn’t able to reach the parameters of rival brands when it comes to a bike designed for sprinters.