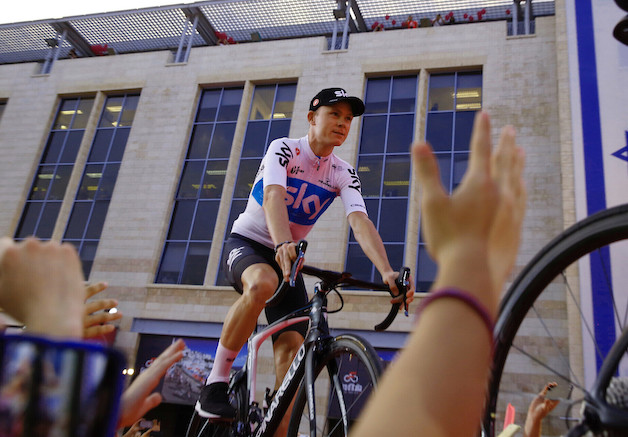 Speaking to Nu.nl, Ineos sport director Servais Knaven said that Chris Froome’s departure to Israel Start-Up Nation will have no bearing on his selection status for the Tour de France.

“During the Tour, there will all be questions whether the fact that Chris is leaving affects his status in the team, but I see no reason why his position would be different now,” Knaven said. “We want to win the Tour. And if Chris is the best, he wins. That he will leave us after this year really makes no difference.”

The Tour de France will kick off on August 29, rescheduled from its original slot in June and July due to the Covid-19 pandemic.

“The announcement on Froome, it adds an additional element,” Tour boss Christian Prudhomme said. “I’m curious to see what it will give on the Tour, especially since with the Grand Départ of Nice, we have a Tour which will be in the mountains very quickly.

“So is there going to be a little bit of what we knew before between Bernard Hinault and Greg LeMond, with a Chris Froome who would try to escape? And who would ride behind him? If that happens, we will be quickly fixed on the strategy of Ineos; it puts an extra spice on it.”