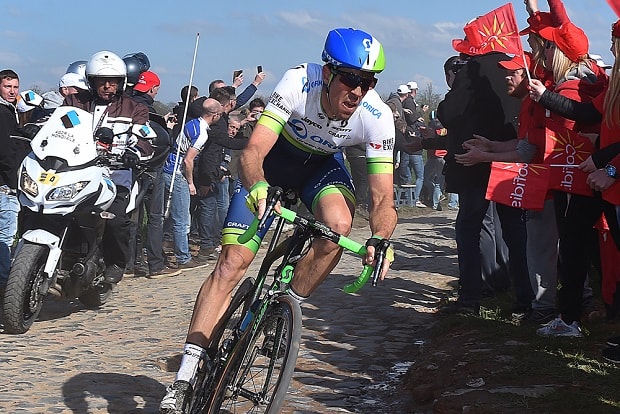 2016 champion Mathew Hayman will return to Paris-Roubaix this weekend to defend his title at the race known at the ‘Hell of the North’.

The veteran Orica-Scott rider 12 months ago catapulted himself into Australian sporting folklore when, at 37 and six weeks after breaking his wrist, he won cycling’s most prestigious one-day races — at his 15th attempt.

Now, a film by Zwift looks back at Hayman’s journey to Paris-Roubaix glory in 2016

This year, Paris-Roubaix will be, for the first time, broadcast from start to finish and you can watch it online this Sunday, here.