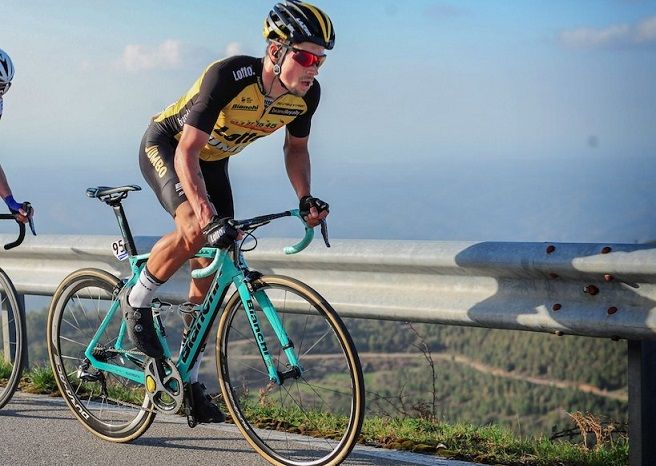 Primoz Roglic (LottoNL-Jumbo) took the victory in the fourth stage of the Vuelta al Pais Vasco. The Slovenian attacked in the last two kilometers and finished just two seconds ahead of the bunch.

Alberto Contador was involved in a crash at around 30 kilometers from the finish but the Trek-Segafredo leader did not suffer any serious injuries and soon found his way back into the peloton. A late crash, shortly before the sprint, meant yet another delay for Contador but as the hold-up took place in the last kilometer there should not be any actual time loss for the Spaniard.

“There were a lot of attacks and when I sat in front, I knew this was the moment. I attacked and did everything to keep my lead,” said Roglic.

“I keep going full-gas until the finish. I’m speechless. I’m very happy with this victory and that it worked out today.”

“We had the plan to attack, and that was rewarded today,” said Sports Director Grischa Niermann.

“We told the men to attack,” Niermann added. “On the climb, George tried a number of times and in the final phase Primoz drove away. He gave it everything and the chasing peloton broke.

“It is nice to win. The whole team rode strongly and it’s good to see our leaders join the fight for the victory. Not by hoping, but by taking initiative.”