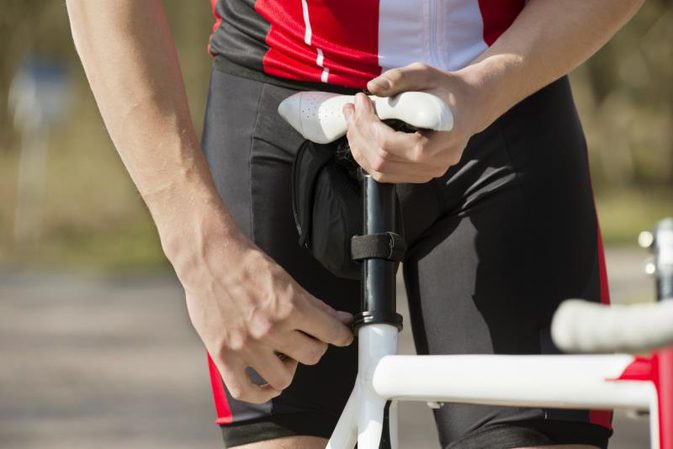 Many men are wary of taking up cycling, or of cycling too much, due to a number of sources claiming that spending an extended amount of time on a bike can contribute to erectile dysfunction.

Of course, this is a condition that most men will want to avoid, particularly if they want to start a family and haven’t yet had the opportunity. However, it is important to separate the speculation from the actual science.

A lot of people claim that cycling can cause erectile dysfunction due to the pressure placed on the groin area.

The theory goes that too much time spent seated in a bike saddle can lead to the compression of important veins and arteries leading to the penis. This restricts the blood flow to the organ, which isn’t a problem when cycling but can be an issue in the long term as the compression is believed to have long lasting effects if maintained over sustained periods of time.

A cyclist will often place a significant portion of their bodyweight on the front end of the saddle when riding, so it is a very real and logical concern to have.

While there are a number of studies available that seem to back up this viewpoint, perhaps the most important one for men to consider is a recent British study that claims that there is absolutely no link between cycling and erectile dysfunction.

The study examined almost 5,300 males, asking them questions about how much they ride and if they had experienced any of the common symptoms of erectile dysfunction themselves.

The results demonstrated that there appears to be no direct, causal link between cycling and erectile dysfunction or infertility.

However, there is conflicting research available from Boston University that suggests that those who do engage in long distance cycling may be at increased risk. This study looked at men who cycled for less than three hours per week as compared to those who cycled more and found that there is an increased risk of artery compression in the cases of those who cycle for more than three hours, which increases the longer the man spends on the bike.

What Can You Do?

The research from Boston University suggests that one of the key issues that men face is a poorly fitted bike, particularly when it comes to the saddle. Improper saddle height, tilt and positioning can lead to increased pressure being placed on the groin area, so it is a good idea to seek the advice of a professional before purchasing a bike to ensure your bike fits your particular body type.

Furthermore, men can also consider purchasing a nose-less saddle, which will encourage them to sit more upright as they cycle in addition to removing the part of the saddle that places pressure on the groin. This also has the added advantage of redistributing the cyclist’s weight so that it is focused more on the posterior and sitting area, rather than the front of the body.

Some cyclists report that everything goes numb “down there” and continue on as long as the ride may be. If things are numb it means there is no blood flow. If there is no blood flow, that is a bad thing! Stand up on the pedals for a few strokes and allow some blood to circulate to your manly parts and then readjust yourself as you sit back down onto the saddle. If you find that your family jewels are continually getting numb make sure to go for a bike fit because that is NOT normal.

I believe and the newest science suggests there is more harm in not cycling than there is in cycling, just make sure to make smart choices.

According to Verified CBD, CBD affects various physiological functions of the human body including the sexual functions. There are several ways by which CBD helps relieve erectile dysfunction such as overcoming the risk factors of ED.