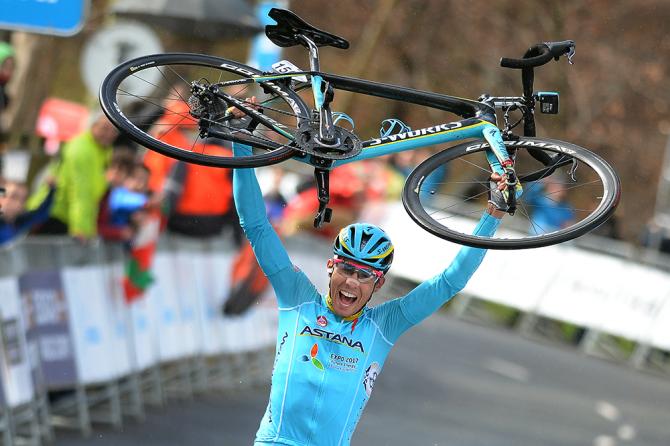 Diego Rosa has spent the past two seasons with Astana, counting the one-day race Milano-Torino as his biggest win but the Italian will will wear the Team Sky jersey in 2017.

“I will give myself a 7. I am satisfied with how it went, although it was very difficult and I did not have the success that I expected in the first half of the year”, Rosa said in an interview with La Stampa. ”At the Tour I worked for Aru, while I was frustrated not to make the most of the Olympics where I hoped to be an alternative to Nibali, but that day something went wrong and I didn’t have the legs..Then I prepared as best I could for Il Lombardia and I came close to winning it.

“Now the preparation for the new season has already started and I’m training with my new team mates. The jerseys will change on January 1, but I am already part of the new team.

“I have spoken with the team,” he said. “There are two captains for the grand Tours (Froome and Landa, ed.) who will need my help and I’m available. I think I am already a man for the classics and I have proved that. I have been in the top five in Lombardy twice, in the top ten in Liege once and won Milan-Turin in 2015. I like the tough races. There are not so many during the year and you cannot just focus on those, but I am certain that Team Sky will give me carte blanche on those occasions.”

“In 2017 it will be the 100th edition of the Giro and as an Italian I prefer that race over the Tour. I’d also like to participate in Tirreno-Adriatico which I have never done before.”