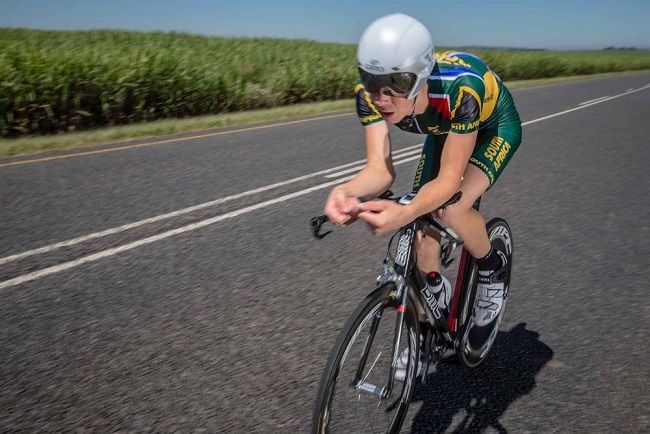 Paul Meinking was injured in an accident involving a heavy duty vehicle during the South African National Road Championships on Wednesday.

“Paul Meinking was taking part in the Men’s 60-64 Time Trial event on Wednesday afternoon when the incident took place.

The driver of the heavy vehicle turned across the path of the rider into a nearby property, but then attempted to reverse back out of the driveway. It was here where Meinking (head down and focused on his race) did not notice the vehicle reversing ahead of him and collided into it.

Meinking was assisted immediately by race emergency personal and taken to the nearest hospital. He is in a stable condition.