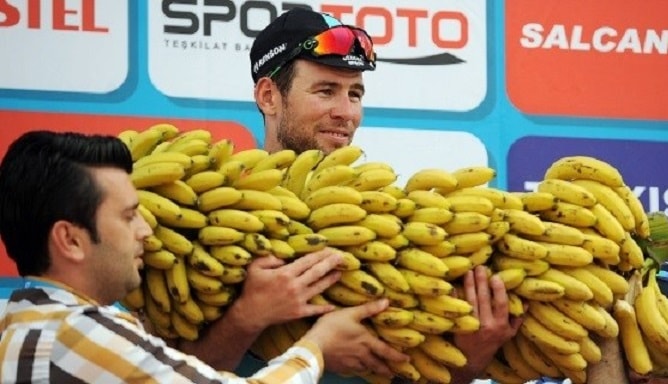 A few years ago, in Tour of Turkey, Mark Cavendish picked up one of the oddest, yet nutritional, prizes in sport – a few kilograms of bananas.

Cavendish received the bananas after winning the stage into the city of Alanya, the main producer of bananas for Turkey with around 40,000 tons a year.

Hopefully he shared them with the other riders. They obviously helped with the Brit going onto win the second stage as well.

Half a ton of Norwegian salmon

The winner of the 2016 Arctic Race of Norway, Gianni Moscon, received 500 kg of Norwegian salmon during his team’s training camp in Mallorca.

“I feel I have to share some of this with my teammates. There is more than enough salmon for me and my family” reassured Moscon. He was accompanied by 80 guests present during the hand-over of the prize.

Tro-Bro Léon, the race where you can win a piglet

With dirt roads, cobbles and rugged coastlines this may be the coolest race you have never heard of.

The 204-km race is unique in a number of ways. It brings riders along windswept coasts and along roads the Breton’s call ribinoù, a word with no direct translation to English that essential means anything unpaved from farm tracks, cobblestones to gravel roads. The course features 25 off-road sections making up almost 32-km of the race. The rugged coastal terrain that is prone to crosswinds has resulted in the race often being called Le Petit Paris–Roubaix or The Hell of the West. 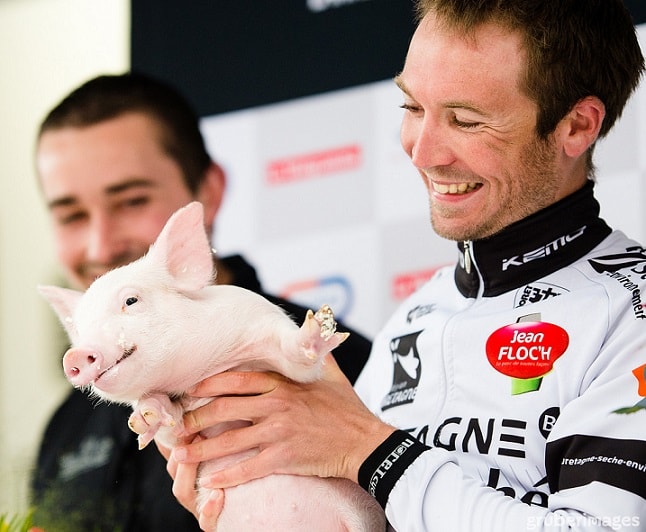 Perhaps the most notable feature of the race is two winners are crownd on the day. Of course, the rider who crosses the line first and then the best placed Breton rider who receives a piglet.

The Tour of Austria’s presenting sponsor is the Wiesbauer sausage company, an 80-year-old firm that claims to be Austria’s “largest and most advanced business in the field of sausage and ham production.” At the end of each stage, the race leader is awarded—in addition to his yellow jersey—a sample of the company’s products, thus making the Tour of Austria… wait for it… a real sausage-fest! 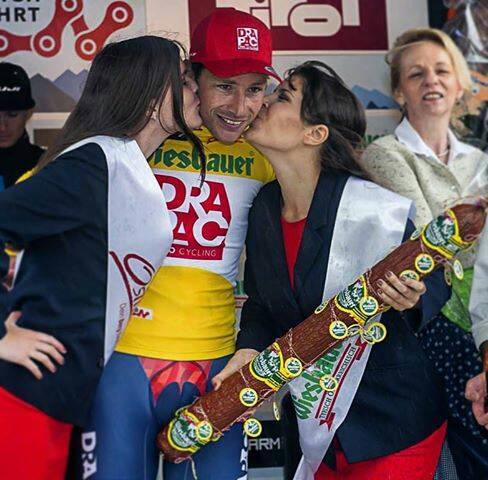 The winner of Kuurne-Brussels-Kuurne gets a stuffed donkey (it used to be even better with a donkey head but nevertheless). For those of you that are unaware, the citizens of Kuurne are nicknamed “ezels” or donkeys. The story goes that the people of Kuurne were growers of vegetables and would take them to Kortrijk for the big market. They would set off very early in the morning and the donkey-pulled carts would clattering along, annoying the still slumbering Kortrijk peoples. They would get so annoyed with the noise of the wheels and braying donkeys that they would exclaim, “It’s those asses from Kuurne again!!”…and the name stuck. 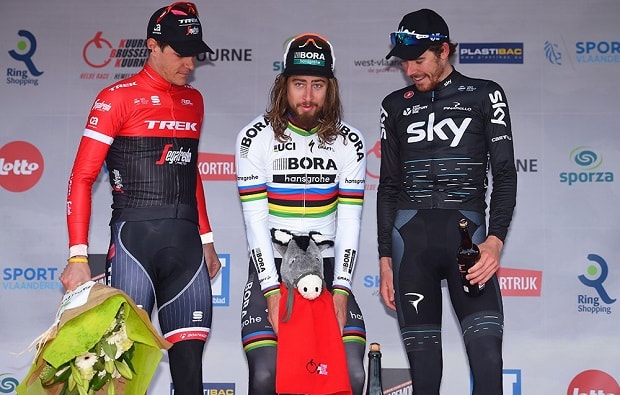 From 1994 to 2006, the Haribo candy company sponsored the first race of the Coupe de France series. The winner received a yummy prize: his bodyweight in Haribo candy. Estonia’s Jaan Kirsipuu won the race on three occasions, which might explain why he wasn’t known as a fast climber. 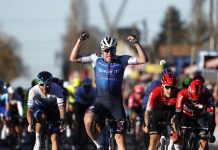 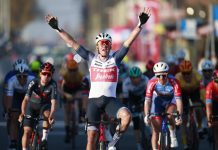 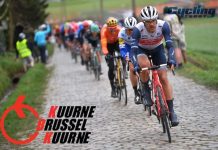