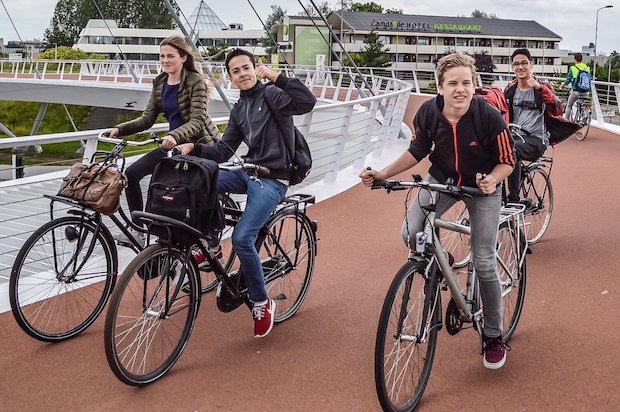 Cycling has been found to bring both the best physical and mental health benefits in a study carried out in seven European cities.

But do the health benefits outweigh the risks of potential death? And what about public transport or driving? What is the risk of having an accident? There are a number of variables to consider, so the answers to these questions may not be as straightforward as you think.

In terms of safety, some things to consider include your location, distance travelled, and the time of day you’re travelling. With more people on the roads during morning and evening peak hour, this is clearly the riskiest time to travel.

Other variables, such as the quality of roads/paths, weather conditions, and your skill as a driver or rider would also come into consideration.

Overall though, if you live in a Western country, you are unlikely to die while travelling around the city, regardless of your mode of transport. But here are the numbers anyway.

The study published in Environment International, it was led by the Barcelona Institute for Global Health and included Imperial College London researchers.

Dr Audrey de Nazelle said: “This study adds to existing evidence that walking and cycling for transport is good for your health, and also makes people interact socially more. Combined with other issues like air pollution, it makes sense to think much more holistically about the impacts of our urban policies.

“For example, as London is trying to grapple with major health problems such as air pollution, social isolation, and obesity, why not tackle them together and get a bigger bang for our buck by promoting walking and cycling?”