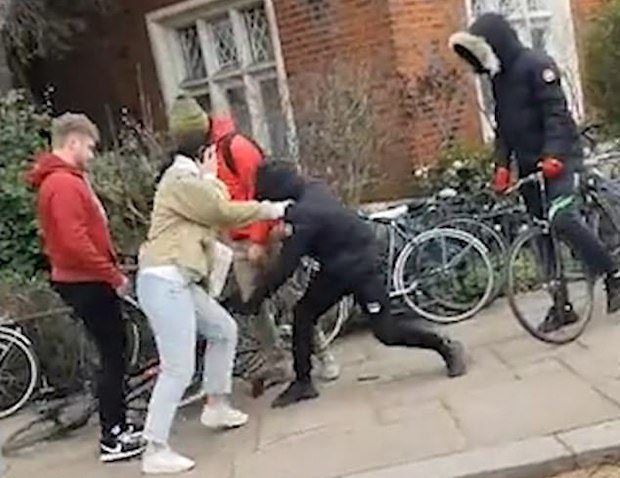 This is the moment a group of thieves were stopped by passers-by as they try to steal bikes from a busy park in London.

Footage shows two men and a woman standing in front of a bike to stop one of the thieves, who is wearing a hood and face mask, as he tries to pull the bike away from metal railings. The thief pulls at the bike once again as one of the men stops him and shocked onlookers stare in disbelief.

Thieves stopped by passers-by as they try to steal bikes in broad daylight pic.twitter.com/FYzbK7159k