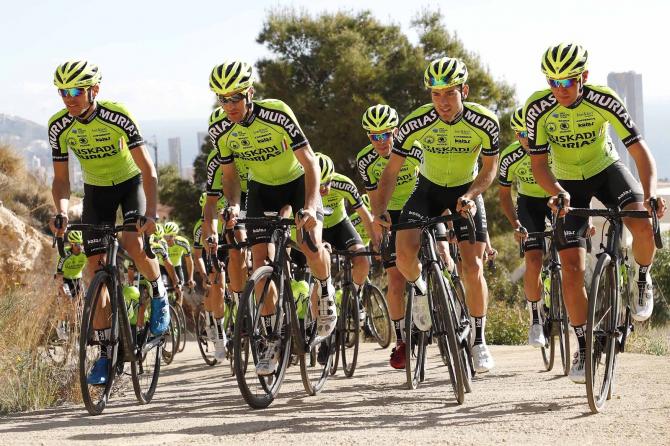 After earning a wildcard entry into the 2018 Vuelta a Espana, Euskadi-Murias is vying to ride the Tour de France in 2019, according to AS.

The Amaury Sport Organisation (ASO) has given the Spanish squad the access to its calendar, including the Tour de France. This access is the product of the good season the formation had in 2018, that included victories in WorldTour races like the Tour of Turkey and the Vuelta a Espana.

“ASO has invited us to send applications to all their races. It’s an important step,” said sport manager Jon Odriozola. “We’re satisfied because the dream of returning to the Tour de France is a bit closer … but we know it will be complicated in 2019.”

For the past two years, the same four pro continental teams have earned a wildcard entry to the Tour de France – Cofidis, Direct Energie, Fortuneo-Samsic and Wanty-Groupe Gobert.

“Only a few months ago, people were saying that we wouldn’t get to the Vuelta, and here we are, showing that with humility and work, you can go a long way. We do our talking in the races, which is where you have to do it. To that end, the results we have had and the help of Francis Lafargue have impressed the directors of the Tour.

“They know that support from the Basque Country is very important, especially in the stages in the Pyrenees.”