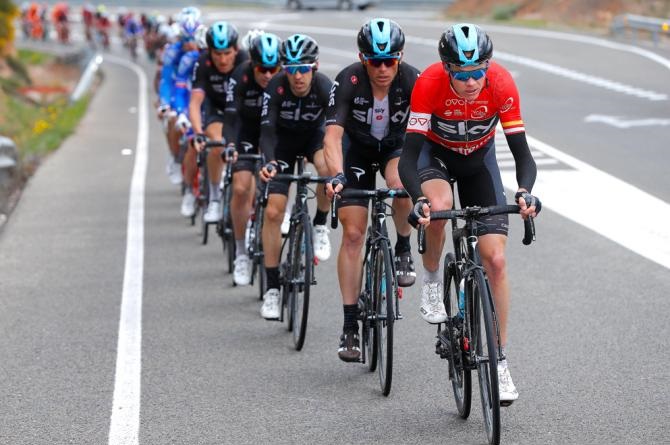 Team Sky’s GC hopes were dashed on a bad day at the Volta a Catalunya. The British team was caught out by a split in the peloton on the day’s first climb.

Chris Froome soon found himself distanced by his GC rivals and a gap was forged on the descent of the Alt de Bot. Froome and his team-mates were unable to recover and eventually rolled home more than 20 minutes behind stage winner Daryl Impey (Orica-Scott) at the end of day six.

Team Sky sport director Nicolas Portal said: “We made a big mistake. I’m not going to try and make an excuse, there is no excuse. The guys have been brilliant up until today. It looks like it was a positioning issue. The guys weren’t in the top positions on the first descent and this is what can happen.

“It’s a good reminder for us that it can happen to anyone. It’s always bad when it happens, but maybe it’s better to happen here, and we learn from it, than in some of the bigger races we will have this season.”