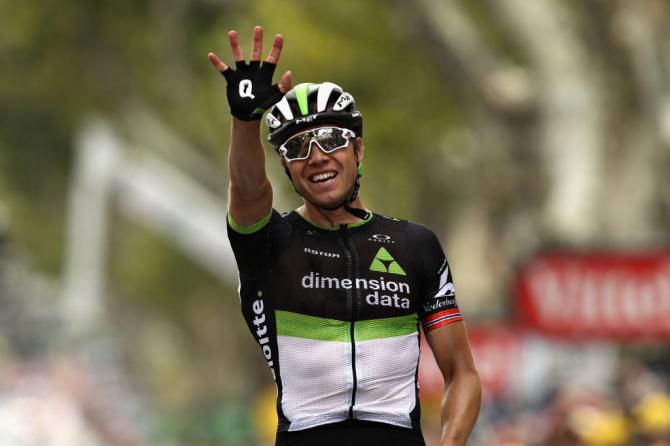 Edvald Boasson Hagen (Dimension Data) won stage 19 of the Tour de France, holding off a chasing group to secure his third victory at the Tour.

The breakaway of 20 had whittled down to only 8 when Boasson Hagen made a late solo effort with only 2.7m to go. He brought Nikias Arndt (Team Sunweb) with him, but the Norwegian dropped him in the final 2km for a decisive run in to the finish.

While there was some excitement at the finish, there was precious little going on behind a day-long 20-man escape group with Froome’s Team Sky colleagues forming a white wedge at the front of the peloton to keep their leader out of trouble.

Froome had emerged from two grueling days in the Alps with a 23-second lead overRomain Bardet and suffered no mishaps on the Tour’s longest stage — the fight apparently gone out of his rivals for the yellow jersey.

Sky’s white train followed sport director Nicolas Portal’s instructions to allow the breakaway to stay clear and so avoid what could have been a risky massed bunch finish.

Barring a crash in Saturday’s time trial in Marseille, where Froome will be a favorite, the 32-year-old will claim a hat-trick of Tour de France titles and a fourth overall.

Michael Matthews virtually wrapped up the green points jersey and just needs to finish safely in Paris to become the third Australian to win the category. 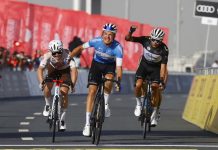 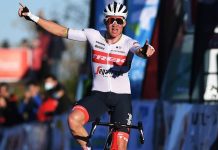 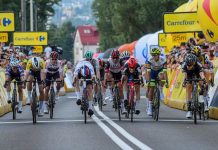 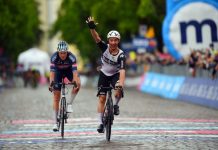 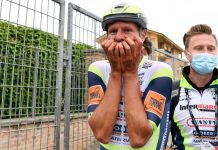