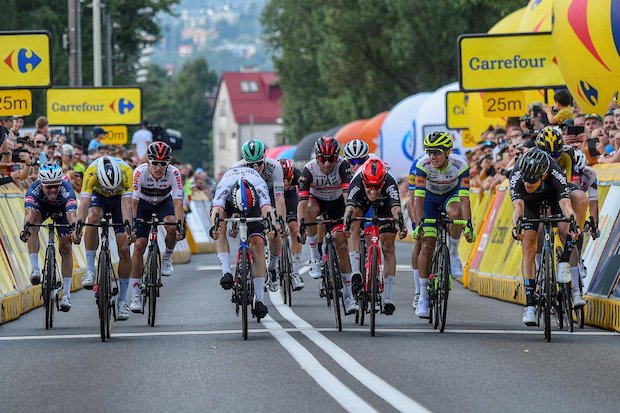 “The team put me in a really good position on the last lap and I could benefit from that in the finish. Riders came from the left and right but I managed to push again. It was a long, long sprint for me and in the end Mohoric came pretty close and we weren’t sure who actually won to start with, but in the end it was enough for me. I’m super happy I could take it for the team,” Arndt said.

Race leader Joao Almeida avoided the many crashes in the final kilometer to finish fourth and retain his yellow jersey for at least another day.

Matej Mohoric is just two seconds behind Almeida in the overall classification with Diego Ulissi (UAE Team Emirates) still 14 seconds back in third ahead of Saturday’s decisive time trial.