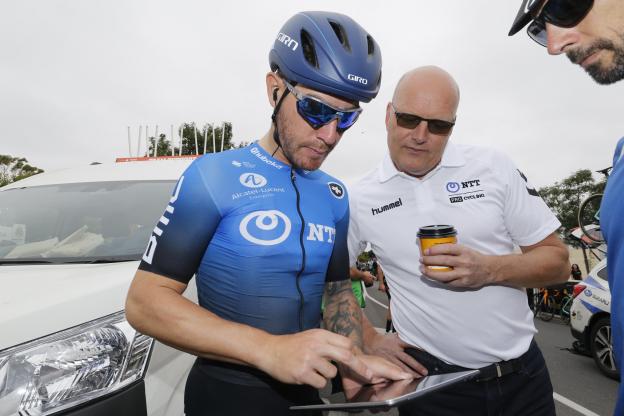 Bjarne Riis is stepping down as as team manager of NTT Pro Cycling, the 1996 Tour de France champion announced.

The Dane, who admitted to doping following his retirement from cycling, said he “departs the organization by mutual consent.”

Riis took over the first team from Africa to compete at the World Tour level on Jan. 8. It marked his return to top-level men’s cycling since leaving his role as team manager of Tinkoff-Saxo in 2015. He has since been trying to establish Danish-based teams in the lower tiers of cycling.

“To be a part of NTT Pro Cycling during a unique year for all of us has been a great experience,” Riis said. “I have a lot of respect for the team that Doug (Ryder) has built and want to thank him for the opportunity. I wish him all the best for the future.”

Riis is to step down at the conclusion of the season, NTT Pro Cycling and Riis said in a joint statement.

“I’d like to thank Bjarne for the experience and leadership that he has brought to our environment, and the contribution he has made,” said Ryder, founder and team principal of NTT Pro Cycling.

The statement also said that Riis and his partners, Jan Bech Andersen and Lars Seier Christensen, along with Ryder, have also discontinued further discussions about a purchase of a part of NTT Pro Cycling.

The Danish company that Riis co-owns, Virtu Cycling, was planning to invest in one third of the shares of the operational company behind NTT Pro Cycling, which was previously known as Team Dimension Data. It has been on the World Tour since 2016.

“I also expect it to be a final farewell to cycling for me personally,” Seier Christensen, the former sponsor of Team Saxo Bank, wrote on Facebook. “After more than 10 years as probably the largest financial support for Danish cycling, I think I have done my part.”

As co-founder and former chief executive of the Internet-based bank in Copenhagen, Seier Christensen was Riis’ longtime financial partner and was, among others, behind the sponsoring of Team Saxo Bank.