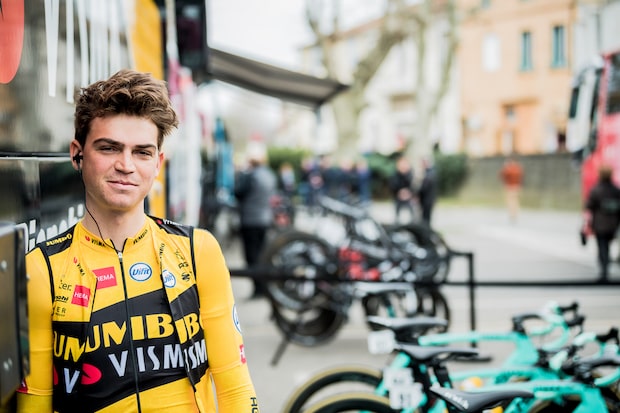 Very strong in the mountains, the American would like to be the leader in certain races on the calendar, in particular the one-week races. In a pre-season interview, the rider unveiled his goals for the season about to start.

“Either leading or a being co-leader. For me, it doesn’t matter as long as I have the opportunity to at least try, and I can do it in a calm way.”

“Hopefully Volta a Catalunya, it’s a pretty good race for me. There are a lot of climbs at altitude, and there’s a time trial in there as well, but I’ve been working on that in the winter,” he said. “I hope to improve a bit there.”

“I think the Tour and the Vuelta after that. For myself, the Vuelta is the race I am looking forward to. It’s a race that suits me and it’s a race I really enjoy. As co-leader role? I think so, with it being that late in the season, we’ll see what happens. There could always be changes in the roster and see how I come out of the Tour, but it’s an objective that’s exciting to have.”

“It’s hard to say,” Kuss said about his GC future. “Obviously I like the grand tours, but if I am realistic, I still have a lot to work on to be able to contend for the grand tours. Step by step, see how things go in weeklong races, and also see if I enjoy that kind of mindset or pressure in those races. It’s just a matter of figuring that out and taking the time to do it.”