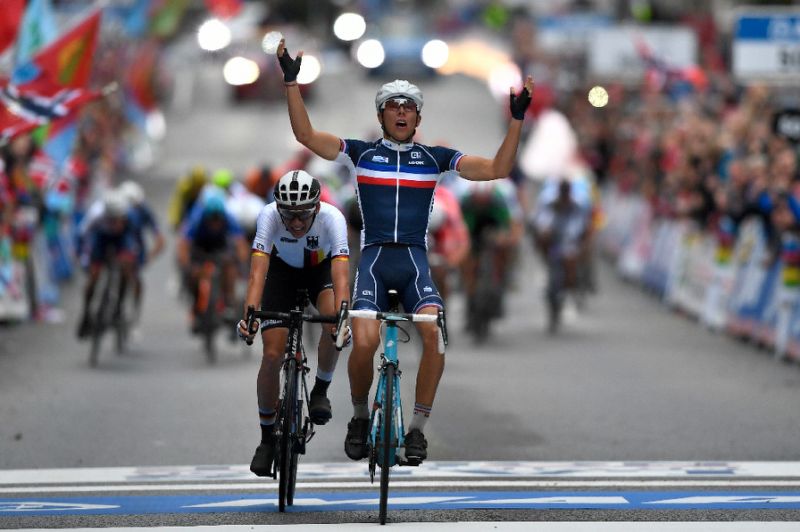 Benoit Cosnefroy of France won the men’s under-23 world road race title in Bergen on Friday.

German Lennard Kamna was edged into second at the end of the 191km street circuit race, with Denmark’s Michael Carbel snatching bronze ahead of Briton Oliver Wood.

Cosnefroy had taken great risks on a tricky descent in wet conditions to catch lone escapee Kamna inside the final 10km and the two had just enough to hold of a charging, but depleted peloton to contest a two man sprint.

The Frenchman opened up first but Kamna, who was the junior time-trial champion three years ago, simply didn’t have the strength to overhaul him.

Carbel won the sprint for third just three seconds back. 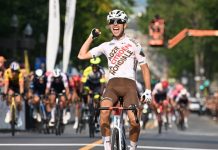 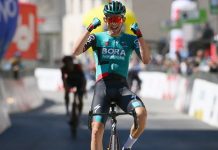 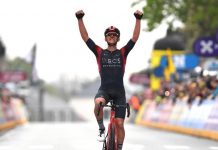