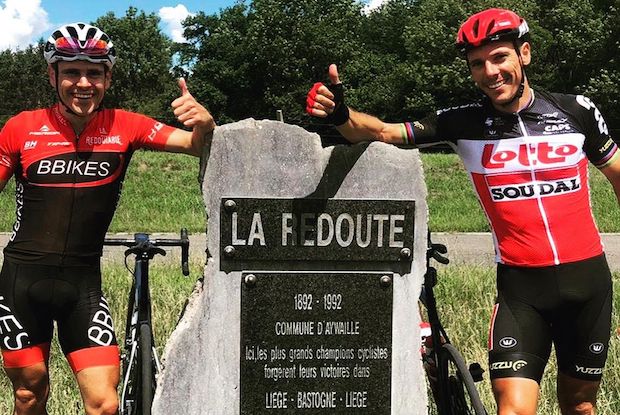 A 20-year-old amateur rider beat the Strava times set by Philippe Gilbert and Romain Bardet on the La Redoute climb.

Bardet set a time of 4 minutes 42 seconds on the famed climb last April, which was beaten by Gilbert by 17 seconds.

Gilbert pushed 526W for just over four minutes, maxing out at 881W, averaging 20.9kmh. With pitches of over 20 per cent, Gilbert also rode at a relatively low average cadence of 80rpm.

That was until Dutch cyclist Mathijs Loman had his own tilt at the title, setting a new KoM time of 4 minutes 15 seconds.

A former Zwift Academy finalist, Loman now riders for amateur team Hoppenbrouwers-Viro. He also posted his power data, which saw him tap out 507W for the new record, averaging an impressive 21.4kmh.

Côte de La Redoute has been included in Liège–Bastogne–Liège. The ascent is located in Aywaille, is 1.6km in length and had an average gradient of 9.5 per cent.