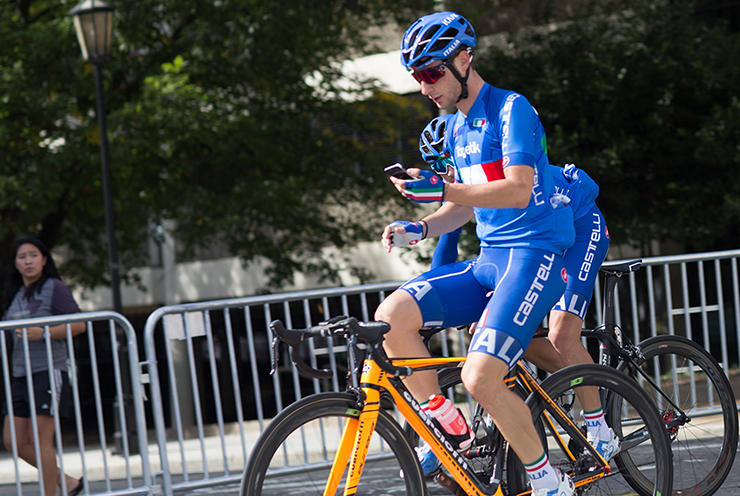 New cyclists often have to navigate through a fog of confusion regarding the appropriate etiquette and rules of cycling.

To clear up any confusion of what you can and can’t get away with we have created a list of five things you must absolutely never do on a bicycle of any type.

One or two drinks you can get away with. If you can handle yourself, three or four might still be acceptable. Any more than that is bang out of order, and you deserve to be banned from the wheels for a good six months, minimum. Cycling while alcoholically impaired is a great way to get killed.

We all carry our phones with us everywhere we go, but if you’re on a bike at least stop first before fishing it from your pocket. Riding and talking on the phone is similar to doing the same in a car – the distraction makes you dangerous to others.

Some cyclists think that hand signalling means savagely flipping off a mum who’s dropping off her kids on the school run. There is no need for loutishness. A moment’s stern eye contact is usually enough for a driver to back down and recognise that they were in the wrong for nearly smashing you to a pulp by making a sudden sharp turn without indicating. But it’s important to remember that motorists don’t know how scary it is on a bike sometimes, because they are wearing a car. Be brave out there, but be kind too.

Unless you’ve mastered the unicycle, there is no reason for anyone to be cruising around with their arms by their sides while staring off into the far distance with a look of steely confidence.

Actually, skip that. Getting married while riding a bike sounds awesome. Do you get it? 🙂