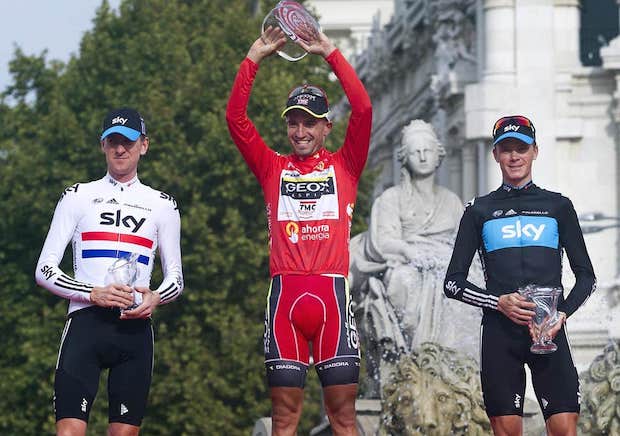 Juan Cobo has been found guilty of an anti-doping rule violation and could be stripped of his 2011 Vuelta a Espana victory, the UCI said, a decision which would see Chris Froome crowned champion.

Froome, who came second in the race in 2011, stands to be declared the winner should Spaniard Cobo lose the title.

Cobo, now retired, was retrospectively found guilty of using a banned substance because of anomalies found in his blood biopassport between 2009-2011, the UCI said.

Froome is currently in hospital in Saint-Etienne, France, recovering from serious injuries suffered in an accident in training for Wednesday’s Criterium du Dauphine fourth stage.

Cobo, who is now 38, made his professional debut on the Saunier-Duval team, alongside David de la Fuente, and in 2005 participated in his first Grand Tour, the Giro.

In 2011, he achieved his greatest success when with the Geox-TMC team, he took victory on the Vuelta, which was assured thanks to an attack on the 15th stage.

He took victory at the summit of Angliru and inherited the leader’s jersey.