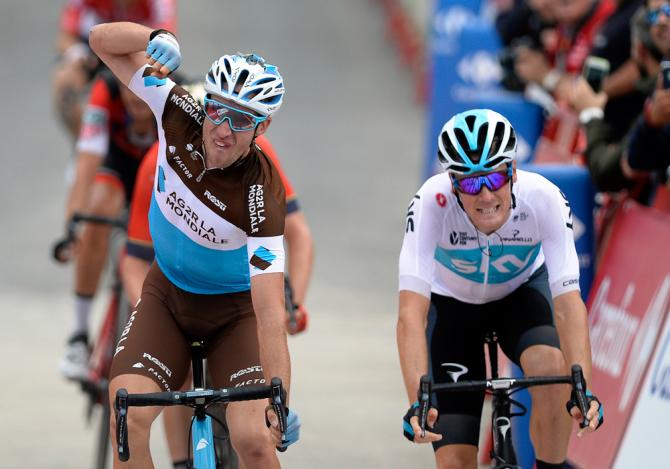 A dramatic last 10 kilometres reached its climax when Geniez held off a late push for the line from Team Sky´s Dylan van Baarle, with Mark Padun of Bahrain-Merida coming in third.

Yates, who had worn the red jersey since stage nine, drops to second in the general classification after Herrada formed part of an 18-strong breakaway group during the climb of Alto de Cadeira.

Together with Movistar pair Alejandro Valverde and Nairo Quintana, Yates allowed the gap to exceed 11 minutes and when they finally made their move, it was too late.

At the end of a twisting route between Mondonedo and Manon, Herrada leads Yates by three minutes and 22 seconds, with Valverde one second further back in third.

“It is hard to believe,” Herrada said. “In the end to take the lead is a dream, I couldn’t challenge for the stage because I was exhausted but it is reward for the work we have been doing for a long time.

“I don’t think about the podium now but I’ll take it day by day and at least we have achieved this.”

“It’s a relief,” Geniez said. “The pleasure of winning is days like these when we just ride a bike after training hard and making sacrifices all year long.

“We attacked a lot towards the end of the stage. There was nothing in it on the line. It was a very special sprint.”

The race will continue on Friday with the 13th stage, stretching 174.8km between the town of Candas and La Camperona. 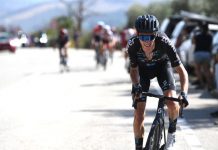 Romain Bardet climbs to victory on stage 14 of Vuelta 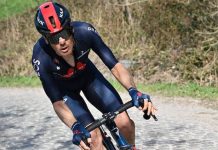 Van Baarle and Pidcock to lead Ineos at Tour of Flanders 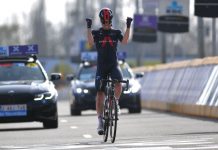 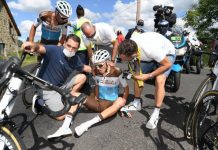