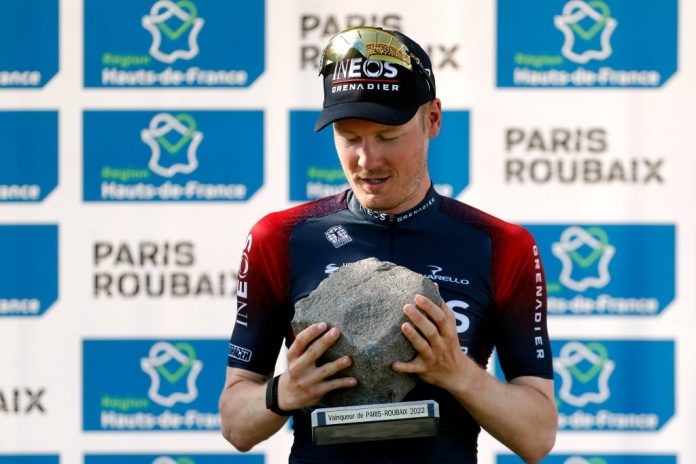 Jumbo-Visma has contracted two reinforcements from its own country for the next three years after signing Dylan van Baarle and Wilco Kelderman.

Both accomplished cyclists, which include Kelderman’s fifth-place finish in the Tour (2021) and third place in the Giro (2020), and Van Baarle’s victories in Paris-Roubaix (2022) and Dwars door Vlaanderen (2021).

“It gives us a special feeling Wilco is returning to the team where it all began for him”, says Merijn Zeeman, sportive director of Jumbo-Visma. “The fact that Dylan has also chosen us makes us proud and happy. He has a great palmarès and is a highly appreciated rider in the peloton. We aim for big prizes and with Dylan in our team, we increase the chances of success.”

“I’m really looking forward to next year”, said Van Baarle. “As a Dutch rider in a Dutch team, it feels like coming home. I have closely watched the team’s development over the past few years. It was on an upward trend, so I chose Team Jumbo-Visma. With Wout and riders like Tiesj and Nathan, we have a really powerful team, particularly in the classics. I hope we can perform well in the spring and I want to contribute to the stage races too. The team deservedly won the Tour with Jonas this year and I would like to be part of that next year.”

Zeeman has high hopes for new asset Kelderman in that regard. “Both of us have learned and experienced a lot in recent years. We are now at the point where we want to help one another grow. We are very motivated and expect Wilco to play an important role in supporting Primoz and Jonas. But also that he will provide good results himself”, Zeeman says.

“I’m delighted to start working together again. Even though I had been away for a while, Team Jumbo-Visma felt like my home team. I know the people there very well and I’ve always kept in touch. I think this is the right development in my career. The team has made progress and I’m curious to see where it will lead. Team Jumbo-Visma is an ambitious team and I hope to contribute to their goals. I think I still have room for growth and show great things. It goes without saying that the squad has recently enjoyed great success and I hope to support the guys who made it happen in the big races. I also hope to pass on my experience to the young riders. I’m really looking forward to it”, Kelderman said.