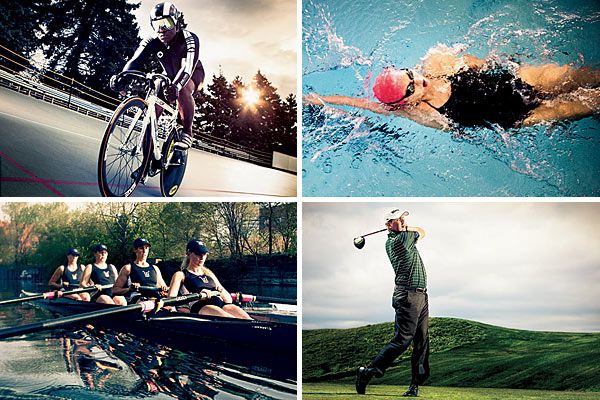 A 2015 research found the available data on long-term health benefits of specific sport disciplines is limited, but a new study provides strong evidence participation in several common sports is linked with a significantly reduced risk of death.

Cycling, racket sports, swimming and aerobics seem to be the best for prolonging life, the research concluded.  The study, published in the British Journal of Sports Medicine, examined information on more than 80,000 adults across England and Scotland who took part in national health surveys between 1994 and 2008.

In each of the surveys participants, who had an average of 52, were quizzed about what type and how much physical activity they had done in the preceding months. Only 44% were getting the recommended amount of weekly exercise.

Researchers also tracked participants’ survival for an average of nine years following completion of the survey – 8,790 of them died from all causes including 1,909 from cardiovascular diseases.

After taking into account influential factors, the authors of the paper identified which sport or exercise seemed to be the most beneficial.

Insufficient physical activity is estimated to cause more than 5 million premature deaths a year. To reduce the risk of heart disease, type 2 diabetes, cancer and a number of other chronic diseases, the World Health Organisation recommends adults and older people engage in physical activity for at least 150 minutes a week.

It may take decades until we reach definite conclusions about health outcomes of all types of sport. Should you in the meantime sit in front of the TV and wait for researchers to announce the final results? No. Follow your preferences and select an affordable and easily accessible sporting activity you enjoy doing, while trying to minimise the risk of injury.

This will increase your likelihood of staying sufficiently motivated and engaged in the activity long enough to reap substantial health benefits.