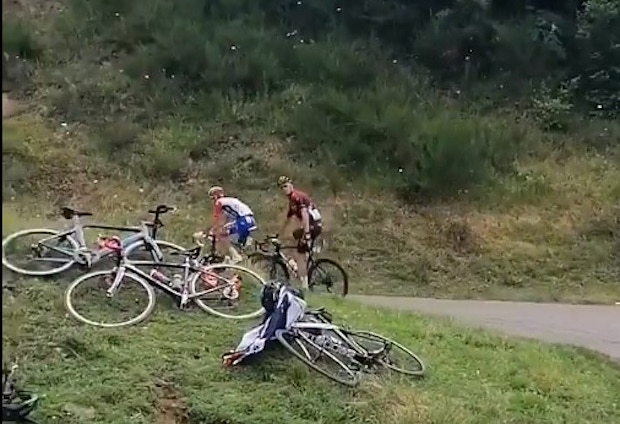 Chris Froome made his feelings very clear after a small number of fans shouted and directed boos towards him during Route d’Occitanie’s queen stage.

Froome was riding up a climb with Bruno Armirail (Groupama-FDJ) when they passed a small group of spectators on a hairpin, one of whom booed Froome. The Ineos rider looked back, gesticulated at the spectator while shouting back at him “vas chier connard” – an explicit way of telling someone to “get stuffed”.