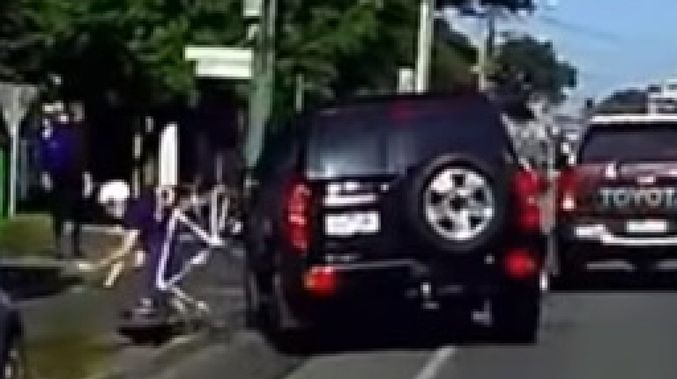 Shocking footage has emerged of a cyclist being deliberately hit by a 4×4 vehicle driver before getting out of his car to scream at him.

Barely able to contain his rage, the motorist picks up the cyclist’s bike and throws it into the bushes as the cyclist stands and watches helplessly. It is understood that the driver was charged by police with Reckless Driving Causing Injury and fined $1000.