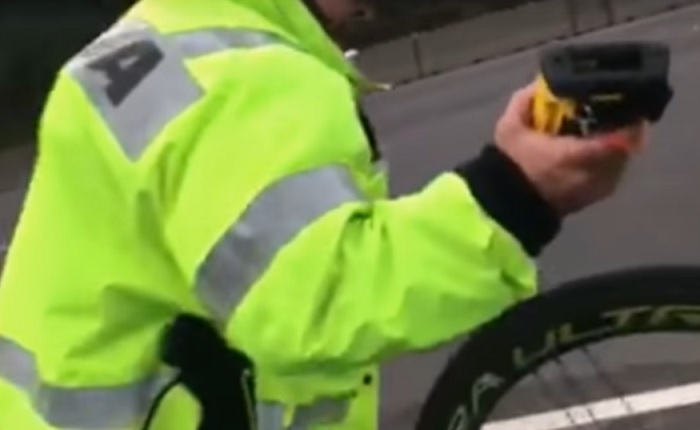 Amador illegally took his bike on Highway 27 in Costa Rica, violating the country’s transit laws, and was asked to pull over by a transit official. Video taken from the transit cop’s motorbike shows the officer get to the side of Amador, directing him to immediately stop. Amador responded that he wanted to stop at a bus stop up ahead to have more room and avoid an accident on the thin stretch of shoulder. Amador, who appeared to be firmly pushed back by the officer in the first of the two clips below, also recorded the way the officer had handled his bike and published his own video online, only adding to the dramatic story.

“Don’t make this any harder,” the cop yells back. The officer eventually cuts Amador off and apparently shoves him after yelling, “Calm down!”