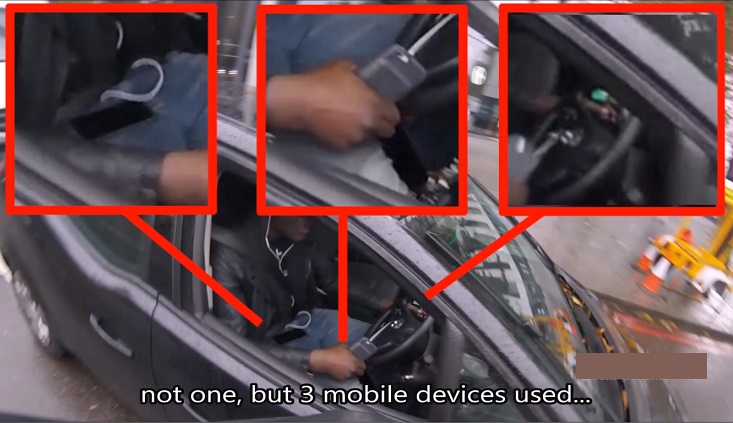 The cyclist wrote: “Untaxed vehicle, MGIF, Close Pass, Speeding, dangerous driving around cyclists, all of this while using 3 MOBILE PHONES!!! During my commute I see many drivers on their mobile phones, but this guy really takes the Mickey, 3 devices!!! One in each hand + one on his lap, possibly listening to music. To top that up he drivers dangerously around cyclists while using a bus lane which he’s not allowed.”

On top of this, the driver does a dangerous close pass on the cyclist and is driving in a bus lane in an untaxed vehicle.

The video also shows a police van a couple of vehicles ahead, but asked in the comments to the video about why he didn’t point out the motorist to the officers in the vehicle, he made it clear he has little confidence in the police taking action against cyclists drivers using mobile phones.