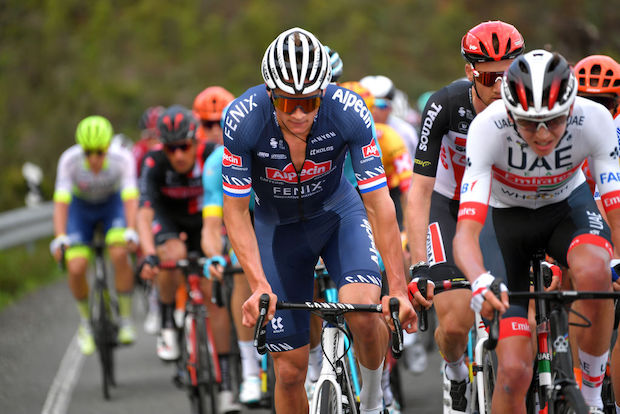 Mathieu van der Poel warned his rivals he has hit his peak as he bids for a second win in the 273km Tour of Flanders over the cobbled climbs of the Flemish Ardennes in Belgium on Sunday.

Van der Poel put his Olympic mountain bike fall and back injury behind him in midweek winning the Dwars door Vlaanderen.

“I have hit a peak at the right time and I’m going for the win,” said the 2020 champion who was beaten to the line in 2021 by Kasper Asgreen.

After a two-year fan ban because of Covid restrictions colossal crowds are expected for what is a major date on the Belgian sports calendar even if Covid has gripped the peloton again with form rider Wout van Aert the highest profile victim.

“I spent the last two years going to great efforts not to catch Covid,” said the exasperated home hope. “But it was lovely to read all my messages from people concerned about me.”

Quick-Step are struggling this season and even their main remaining hope Asgreen, who insists he’s on form, had Covid two weeks ago.

“By the end you can be sure the best riders will be ahead and I think I’m part of that group,” said Asgreen who was second in 2019 and won in 2021.

Tour de France champion Tadej Pogacar has emerged as the third man to watch here and has won two of the other ultra-long one day races known as Monuments.

Pogacar would become the first Tour de France holder to win the Tour of Flanders since Eddy Merckx in 1975.

“Either way, with or without him, this race will be tense and tight,” said Pogacar.