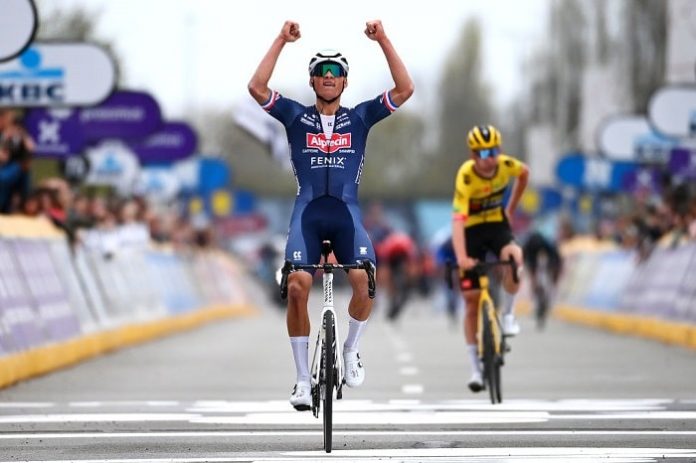 Van der Poel outgunned Tiesj Benoot to the finish line after breaking clear with 2km to go. Tom Pidcock rounded out the podium, a five seconds behind the winner, after the 184km race that ended in Waregem.

“I went pretty deep. I felt good but for sure not the strongest in the leading group,” Van der Poel admitted.

“I had to close the gap a few times and it really hurt, but I think I rode a perfect final. I already saw that Tiesj was really strong and he deserves to be second as well. We went away on Berg Ten Houte and the co-operation was really good. We were all really strong guys and it was almost impossible to catch us.”