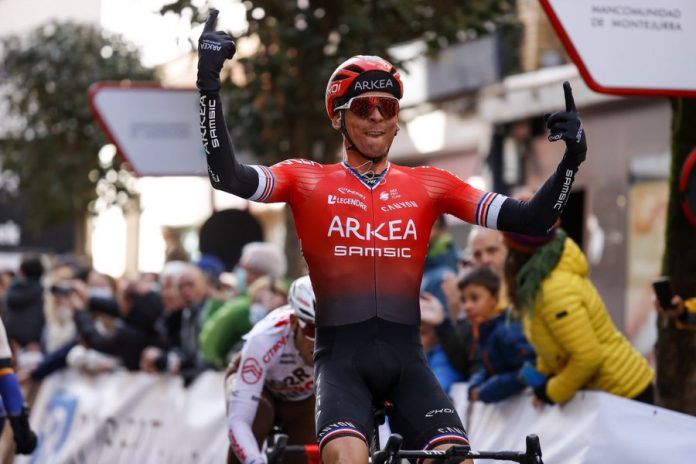 Warren Barguil powered to the win at the GP Miguel Indurain after resisting the attacks that threatened the final kilometers of the race, and took the win in the final sprint.

It was a rough day, in which several climbs were cut from the route after tough conditions at the start which has seen snowing. It was not an isolated situation, as the riders faced snow until as late as 25 kilometers to go. From sun to snow, back to sun, the traditional Basque weather made itself felt.

Pierre Latour and Marc Hirschi attacked the short explosive last climb and went over the summit with 1.5 kilometers to go with a small gap. The very fast and technical descent back into the town center saw some riders get back to the front and into the final few hundred meters.

It was a chaotic sprint, with Vuillermoz launching first, and many riders came around in the final meters but it was Warren Barguil who timed his move perfectly and took his second win of the season, beating Aleksandr Vlasov and Simon Clarke at the finish.