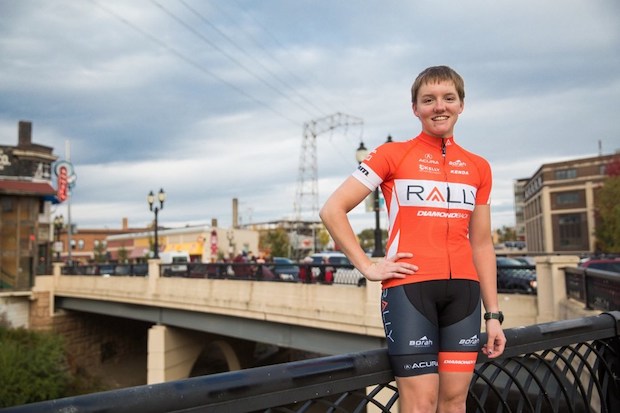 It has only grown since her death at the age of 23.

USA Cycling announced Thursday the creation of a fund to honor the cyclist, who killed herself in her apartment last week. The beneficiaries will be determined with help from Catlin’s family, who have donated her brain to the Veterans Affairs-Boston University-Concussion Legacy Foundation Brain Bank.

The Catlin family hopes to learn whether a concussion may have resulted in mental or behavioral changes that led to a downward spiral the past few months and ultimately her death.

”Kelly was many things to many people. She was a daughter, a sister, a friend and teammate, a scholar, a cyclist, a musician and an artist,” said her father, Mark Catlin. ”We hope that through this fund, Kelly’s legacy will continue to live on.”

Catlin shot to stardom while in college at the University of Minnesota. One of three triplets, she was invited to try cycling by her brother after injuries piled up in soccer, and she was such a dynamo from the start that she often found herself beating entire fields of men.

USA Cycling quickly identified her natural talent and invited her to team camps, and soon she was chosen to ride on its elite pursuit team. In the race against the clock on the smooth wooden surface of the velodrome, she helped the U.S. team win three world championships, and they shattered the world record at the 2016 Rio de Janeiro Games before losing to Britain in a close final.

”Kelly brought a certain spark to the team whenever they were together whether it was for a training camp or a competition,” said Gary Sutton, the head endurance coach for the U.S. team. ”Her quiet focus and work ethic spurred the other women to give 100 percent every time they got on a bike.”

After the silver medal in Rio, Catlin began riding with the Rally UHC Cycling team on the road, where her ability to generate massive power made her a strong climber and time trialist.

”Kelly’s power, precision and drive as a competitor was matched by few and inspired awe in all,” the team said in a statement. ”Kelly established herself as a team leader and a fan-favorite for her aggressive, take-no-prisoners style of racing. Behind the scenes, her teammates will remember her for her wit, kindness and for being the consummate teammate.”

It was during a training ride with the Rally team in January that Mark Catlin said his daughter was involved in a crash. She finished the ride and was checked by team doctors, but she soon left camp and complained to her family about dizziness, nausea and other concussion-like symptoms.

That is a big reason why the family donated her brain for study, though a backlog of cases at the Boston University brain bank means it could be about a year before they learn the results

In the meantime, the new fund created in her honor will be at work adding to her legacy.

”Kelly accomplished more by the age of 23 than many accomplish in a lifetime. The magnitude of her passing has been felt across our entire community,” said Rob DeMartini, the new president and CEO of USA Cycling. ”We know that through this fund, Kelly will continue to make a difference.”