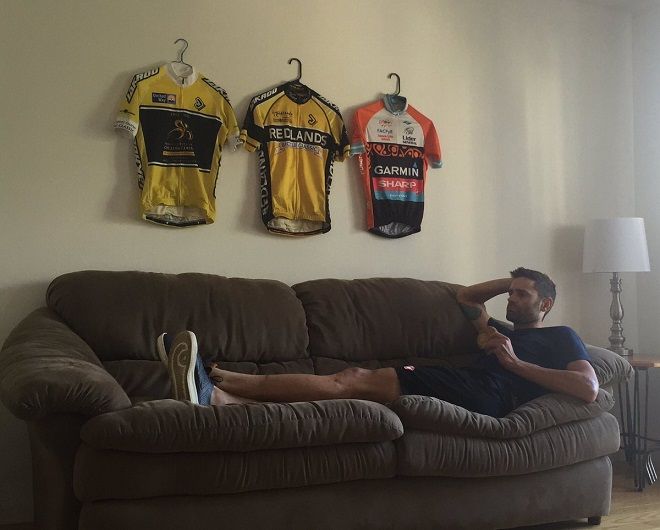 Social media is a very busy place and we wouldn’t want you to miss out on any of the funny posts. Here is the tweet that caught our eye this week.

Back in LA and just layin’ around… pic.twitter.com/sUc1rF1Juh

Immediately after he was stripped of his seven Tour de France titles in 2012, the disgraced cyclist posted a photo of himself “just layin’ around” on a couch gazing at the seven yellow jerseys mounted on his wall.