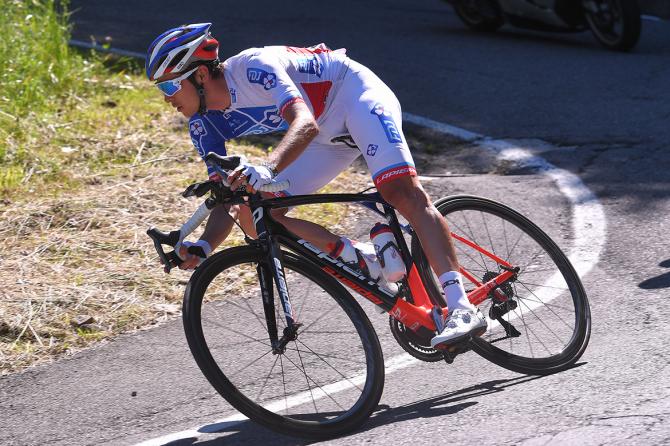 The descent of the Simplon Pass saw the cyclists hit some astonishing speeds, with a number hitting top speeds of more than 130kmh.

Réza posted on Instagram a picture of his computer with the comment, “In short, I was frightened.”

Marcus Burghardt, Mike Teunissen and Ben King were other riders to go beyond 125kmh.