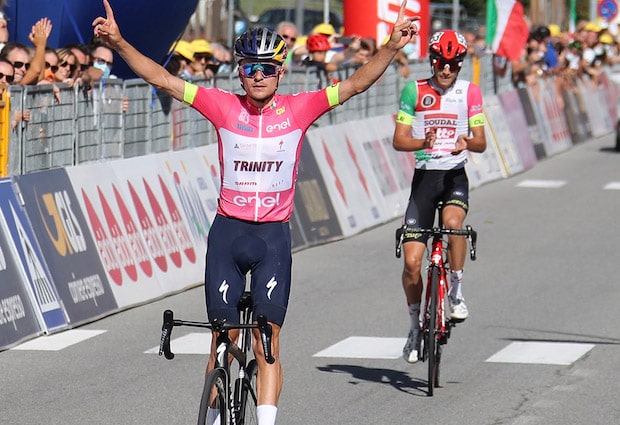 Tom Pidcock hopes to make his debut in a grand tour this year and that could be in the Vuelta a Espana.

The British talent will make the switch to Ineos-Grenadiers in February, after the cyclocross World Championships.

His first race for the British team will not be a road race, but a mountain bike race. Pidcock will be at the start of the Mediterranean Epic (11-14 February) in Spain. Then he will ride the Volta ao Algarve (17-21 February) and the classics opening weekend. It will be his debut in the Omloop Het Nieuwsblad and Kuurne-Brussels-Kuurne.

“I finish ‘cross on January 31, and then as of February I change to Ineos,” the 21-year-old said.

“It was March but we’re changing it to February now. I’ll be doing the Mediterranean Epic, the mountain bike race, and then the Volta ao Algarve and Opening Weekend. There’s no break, I’m going straight into the road.

“There’s an idea that me and my coaches have come to. Beyond the first races, it’s Strade Bianche, but hopefully I’ll be doing a big mountain bike block in June, and then Olympics, hopefully. And then I want to ride the Vuelta and then the road Worlds.”

“I’d like to do a Grand Tour. I’m not going to go in as a leader but I can go in and help the team. I’m happy to do that. There’s no pressure and it’s almost easier to perform when you’re not under pressure. I quite like working for others sometimes.”