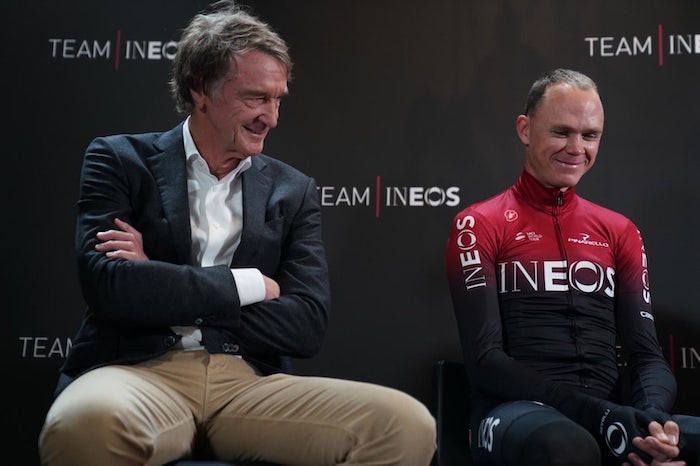 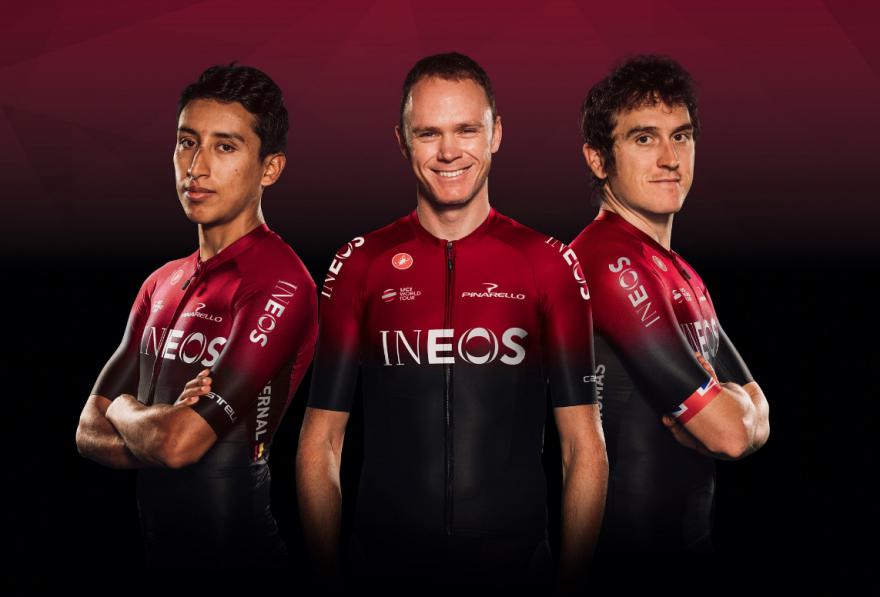 The launch also marked the official unveiling of the team’s new kit for the remainder of the 2019 season, with four-time Tour de France champion Chris Froome showcasing Team INEOS’ new colours at the event.

The new kit has a fresh-looking colour scheme, burgundy and black fade, featuring the logo of the team’s new British sponsor.

“INEOS believes that individuals can excel when challenged and great teams can achieve extraordinary results. We see the same belief and commitment in Team INEOS. Sir Dave Brailsford and the Team share our vision and values”, Jim Ratcliffe said.

Dave Brailsford added: “This is a momentous day for the team, our fans and cycling in general. It is the start of an exciting new chapter for us and we’re all really looking forward to our future with INEOS at the helm.”

Sky announced it would end its sponsorship of the team last December after a decade-long presence in the sport. The announcement came when Sky was bought out by American communications giant Comcast.