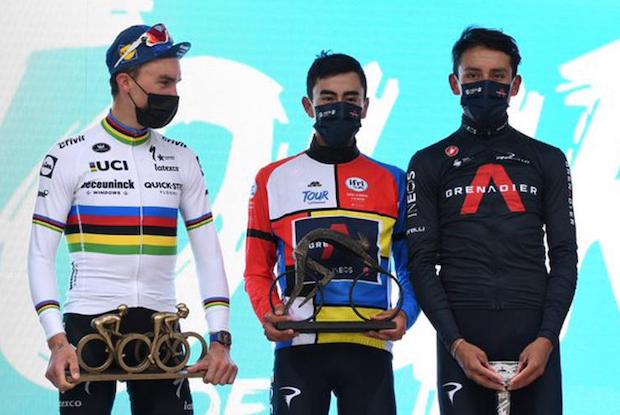 Phil Bauhaus edged the closing sprint in the Tour de La Provence in Salon-de-Provence on Sunday as Ivan Sosa retained his overall lead to win the four-day race.

Bauhaus (Bahrain Victorious) burst from a pack containing some big names to catch Davide Ballerini and Nacer Bouhanni on the line to win in a photo-finish.

Ivan Sosa had taken the overall lead from Ballerini on Mont Ventoux on Saturday. With the peloton finishing in a group at the end of a 163.2 kilometre run from Avignon, his hold on first was never in danger.

Alaphilippe started the day in third, two seconds behind Bernal, but his team caught Ineos out at the start. Deceuninck-Quick-Step set a blistering early pace to grab control of the peloton and set Alaphilippe up to win an intermediate sprint after only 18 kilometres. He grabbed a three-second bonus which was enough to squeeze past Bernal by one second in the overall standings.