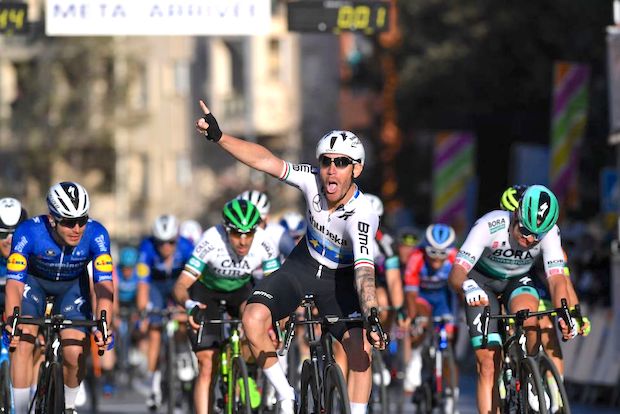 Giacomo Nizzolo won the Clasica de Almeria in a sprint finish finale, the first win of the season for the Italian and European Champion.

With most of the climbing taking place in the opening 100km, followed by a flatter final 80km, the race was expected to end in a bunch sprint. A few early breakaway attempts came to nothing, and it was packed peloton racing into the final 50km all together.

It was a nervy run in to the line and the fight for position resulted in numerous crashes, splitting and whittling down the peloton regularly. After protection from his teammates, Nizzolo made it to the final kilometer well placed but still with a fair bit to do in the technical finish.

The European Champion went around the outside in the final right hand bend and powered away from his challengers with a superior turn of speed. Florian Senechel (Deceuninck-Quick-Step) would cross the line second and Martin Laas (Bora-hansgrohe) rounded out the podium. 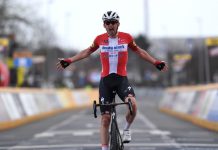 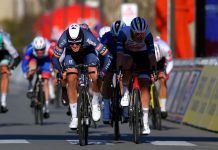 Merlier too fast for his rivals in Bredene Koksijde Classic 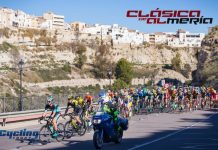