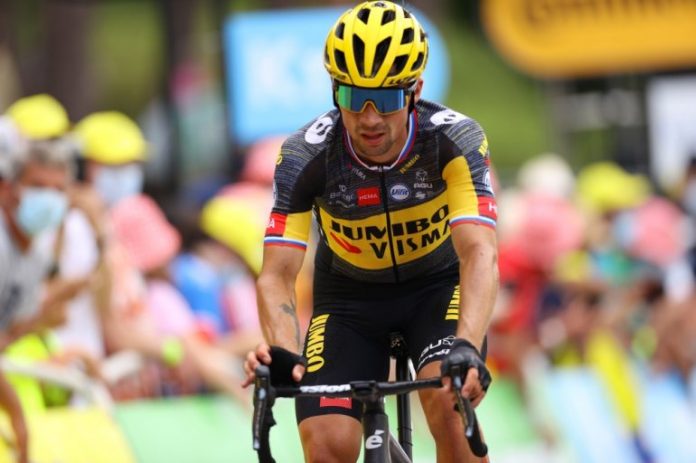 Primoz Roglic abandoned the Tour de France before stage nine after suffering multiple bruises when he crashed in stage three.

“We made the decision together with the team, it doesn’t make sense to continue. We’re going to try to recover and focus on new goals,” the Jumbo-Visma rider said in a statement.

Mathieu van der Poel, who wore the yellow jersey until Saturday, was also a non-starter as he decided to focus on getting ready for the Olympics, where he will target a gold medal in mountain biking.

“Unfortunately I will not start today. We decided with the team that the best thing for us is to quit the race and focus on the Olympics now,” Van der Poel told reporters. “I am going to take some time (off) to recover from this first week.

“We know it would have been difficult for me and I have some other goals and due to the coronavirus it wasn’t possible for me to do the whole tour and then be at my top game at Tokyo.”

The two-time Vuelta champion, who lost the Tour last year in the final time trial, had already been dropped by the overall contenders in the seventh stage on Friday.

“I was going through the days but it wasn’t taking anywhere really,” he said. “I was in a lot of pain. It was just too much for my body and I cannot race. I’m disappointed but I have to accept it. It’s the right decision.”

Roglic will now focus on the Tokyo Olympics’ road race and time trial.