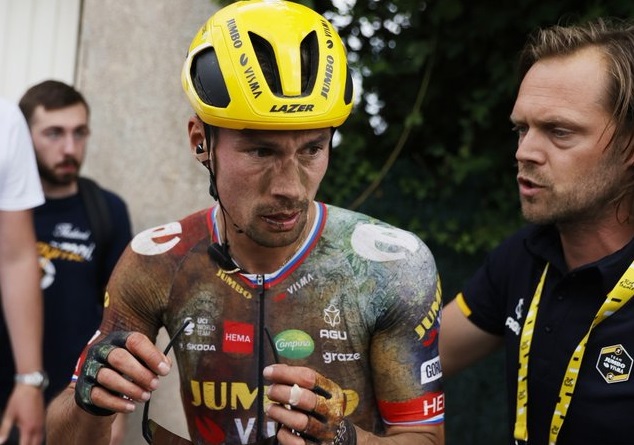 Primoz Roglic is pessimistic about his chances of winning the Tour de France after dislocating his shoulder during the fifth stage on Wednesday.

The Slovenian, who abandoned in the wake of a crash last year, hit the deck at a roundabout and quickly popped his shoulder back in.

“I got up quickly and got back on my bike, but very quickly I realised that I couldn’t go on like that,” he said after losing over two minutes to two-time defending champion Tadej Pogacar.

“I had to stop and borrow a spectator’s seat to put my shoulder back in place myself. As this has happened to me before, I know what to do, I grab my knee and pull hard.”

Roglic ended the day 2min36s down in the general classification and his hopes of winning the Tour must surely now be in doubt as may his continuing participation in the race.

“I don’t know in what shape I will be to continue. For the moment, I don’t think I’ve lost the Tour, I’m not there yet in my head, I’ll try to recover,” he explained.