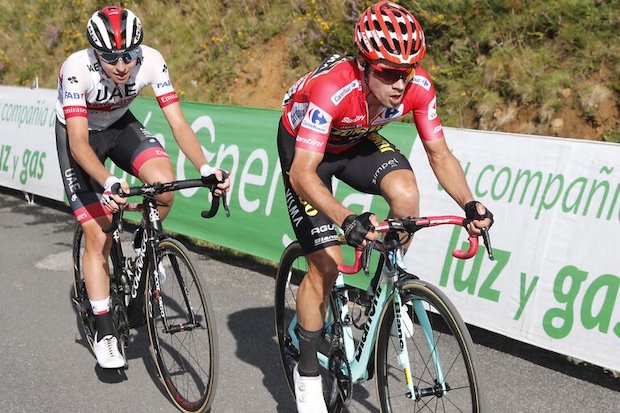 After becoming the first Slovenian to win a Grand Tour, Primoz Roglic was unsurprisingly selected to lead its team at the Road World Championships in Yorkshire.

The Jumbo-Visma rider will join Tadej Pogacar (UAE Team Emirates), who also did an outstanding job in the Vuelta and stepped on the third place of the final podium.

Roglic will also race in the new mixed-relay race to open competition this weekend and then line up a week from Wednesday for the race against the clock and the elite men’s road race September 29.

Roglic won the silver medal against the clock in 2017 behind Tom Dumoulin (Netherlands), who remains sidelined with injury.

Roglic and Pogacar are likely to throw their support behind one of the outside road race favourites, Matej Mohoric, who at 24 is already a dual Grand Tour stage winner, national champion and with a number of other important victories under his belt.

Mohoric, a former under 23 world champion (2013), is now a hardened professional and rider well suited to the repeated climbing to come during the 285km race set for 29 September and should show his hand in the run-up to the finale in Harrogate.