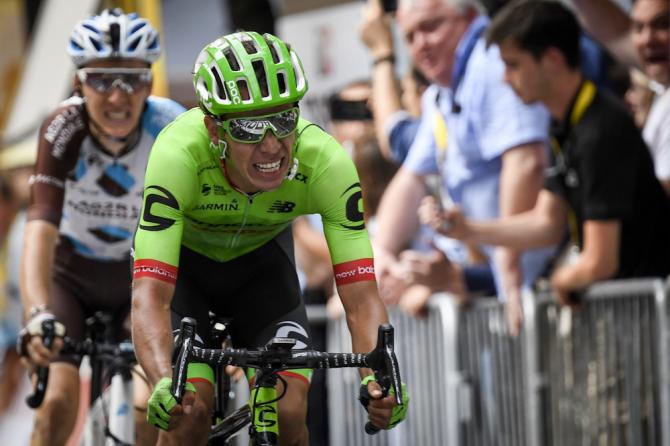 Twice a runner-up at the Giro, Rigoberto Uran is now a serious contender for the overall win in France.

“We knew Rigo was super good and capable of winning mountain stages, and that he was capable of being in the top five overall,” said Jonathan Vaughters, manager of Cannondale-Drapac team. “But that he was going to be 29 seconds behind? No.”

An excellent climber with good downhill skills, Uran has taken advantage of the route in 2017. He made headlines during the first week when he won a stage in Chambery despite riding on a faulty bike, unable to change gears for the final 23 kilometres.

Uran, a former Team Sky rider, finished second at the Giro in 2013 and 2014 after winning the Olympic silver medal in the road race in London in 2012. He decided not to compete at this year’s Giro to arrive in perfect shape at the Tour, a good strategy so far.

Vaughters said Uran will not be content with a podium finish in Paris.

“That’s not really Rigos’s mentality, he is a kind of all-in guy,” Vaughters said. “For me, if we risk everything and he ends up in fifth place because we rolled the dice and it went the wrong way, c’est la vie.

“I am in a very good condition. We will see what happens in the Alps,” Uran said. “You can be quite relaxed when you are well and when you can be with the best riders in the mountains.

“I feel good, and the team is very strong. I want to keep improving as I’m close to the podium and am only 29 seconds back from yellow. It’s not much…”