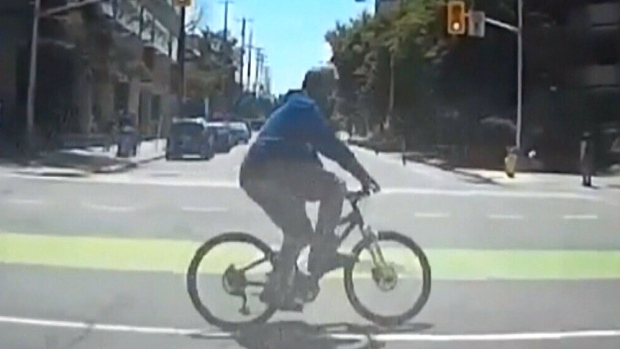 Dash cam footage captured the frightening moment a cyclist in Ottawa ran a red light and was struck by a car.

The video shows a man cycling through a red light. After the impact, the man hits the car’s windshield and rolls off, as the bike flies several metres through the air, nearly hitting a pedestrian on the opposite sidewalk. Ottawa police said the cyclist was observed running a red light and they later charged him in connection to the incident.