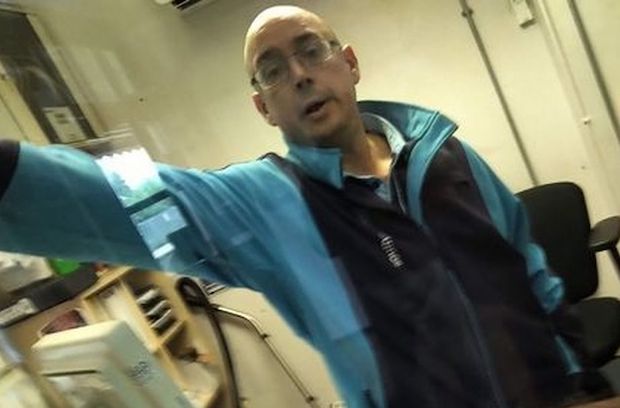 A rail worker at High Brooms station near Tunbridge Wells, U.K., ranted at an injured commuter and told him to “get out of this f*****g station now”.

The cyclist Tibi Moravckik said he asked for a first aid kit from the rail worker after falling off his bike. Bloodied and bruised, he said he went to the counter in the station to for something to clean up his injuries.

“I came to the station and told him something like ‘I need a ticket to London, but firstly please could you help me with a first aid kit? I had an accident on my bike going downhill to the station’,” he told Kent Live.

Morackik said: “I called 999 and the British Transport Police came about 20 minutes later. The police were nice, they gave me first aid and asked what happened. They were really professional.

“One officer helped me and the other spoke with him and watched the station’s CCTV.”

“I was really disappointed from his reaction. He didn’t try to help at all. Instead he was angry and aggressive. I cannot imagine reacting like that in his shoes,” he continued. “It wasn’t a bad injury, I just wanted to clean it.

“I work as security in a local pub. Just a few weeks ago I saw a girl with an injury on another side of the road, we helped her to our pub and gave her first aid.

“How somebody can be such antisocial? No empathy at all?”

A spokesman for Southeastern said: “We can’t comment on staff matters but we are investigating this incident as a matter of urgency.”

A spokesman for British Transport Police said: “Officers were called to High Brooms station at 3.53pm yesterday (June 12) following a report of an altercation between a man and a member of staff.