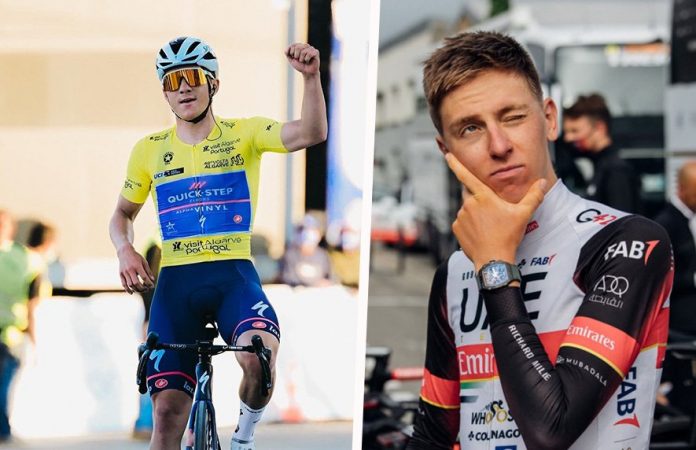 Tadej Pogacar will be the man to beat from Monday on the Italian roads at the Tirreno-Adriatico.

Pogacar has started his season very well, taking victories at the UAE Tour and at Strade Bianche. Now he aspires to achieve the second title of his career at the Tirreno-Adriatico, the ‘Race of the Two Seas’, which begins on Monday with a individual time trial in Lido di Camaiore.

Remco Evenepoel is presented as a strong opponent for Pogacar. The Belgian has the advantage of better freshness at the start of the test compared to the Slovenian and the rest of the participants who participated in the Strade Bianche.

At 22 years old, Evenepoel impressed in the time trial of the recent Volta ao Algarve and aspires to wear the leader’s jersey of the Tirreno-Adriatico on Monday.

The Italian race gave up this year to high mountains, but the double climb to Monte Carpegna (6 km at 9.9% average gradient, with a section at 15%) appears decisive for the general classification. It will be on Saturday in the sixth and penultimate stage, in a place that saw a memorable victory for Eddy Merckx in the 1973 Giro d’Italia.

For the climbers, this stage will be the main event of the week. Three of the stages (2nd, 3rd, 7th) seem destined for sprint finishes and there the fight could be between Caleb Ewan and Mark Cavendish.