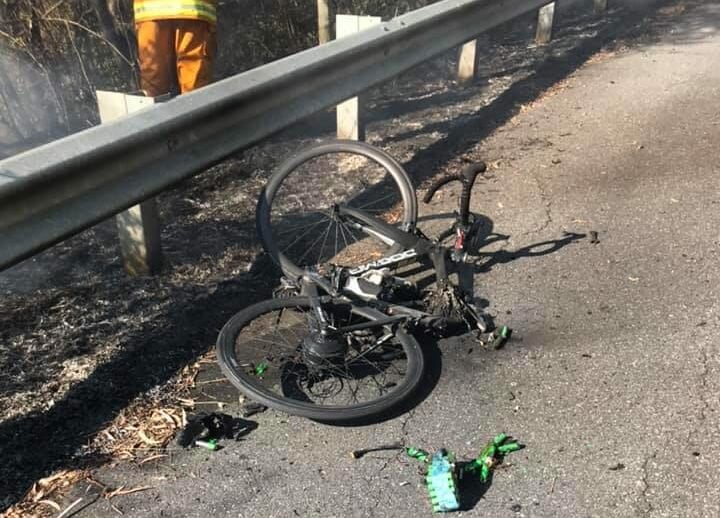 An Australian cyclist has had a lucky escape after the lithium battery on his modified electric bike exploded during an early morning ride.

The rear wheel of Gary Ryan’s Pinarello Dogma F8, which had been retrofitted with an electric hub motor, burst into flames on an ascent of Corkscrew Road, 20 kilometers from Adelaide.

A fire crew attending a separate incident nearby were able to extinguish the flames despite the hazards posed by the exploding lithium battery as well as CO2 canisters in the rider’s saddlebag, which one witness said were acting “like bloody bullets.”

An electric bike has exploded into flames at Montacute, burning its elderly rider and sparking a dangerous scrub fire. @EdwardGodfrey9 #9News pic.twitter.com/IsuZ2C5ctX

“Coming up the hill, my electric bike just caught fire and I threw it down,” the 79-year-old told 9News.

“It exploded into flames basically, probably ten-foot-high flames to start with,” Keith, a riding buddy, added.

“We couldn’t get close enough to it because of the explosions. If one of the bloody cylinders go off it’s like a bullet,” another rider Dave said. 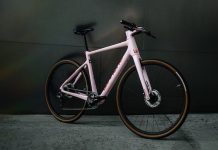