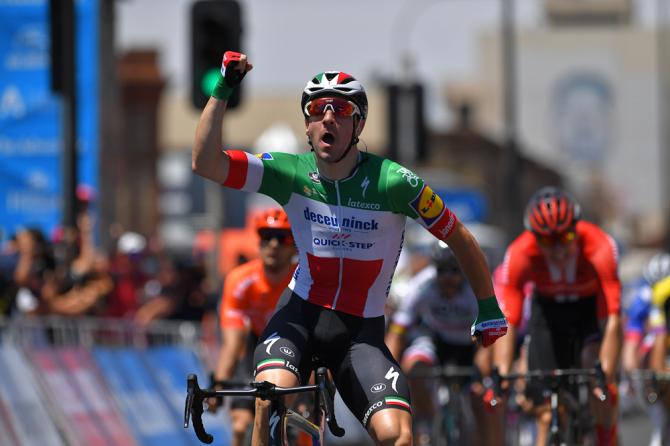 Elia Viviani won a tight finish to take the opening stage of Tour Down Under in brutal temperatures in Adelaide on Tuesday.

Deceuninck–Quick-Step’s rider powered out of the pack to reel in Max Walscheid (Team Sunweb) and claim the ochre jersey after the first of six stages. Walscheid finished second across the line ahead of Jakub Mareczko (CCC).

It was a reversal of fortunes for Viviani who crashed on the final lap of Sunday’s Down Under Classic criterium leading into the tour.

“When you start the World Tour season with the stage win and the leader’s jersey here in Tour Down Under, it’s the best way,” said Viviani.

Peter Sagan was eighth, while Down Under Classic winner Caleb Ewan was down the order in 23rd.

Organisers have shortened Wednesday’s Stage 2 amid forecasts of continuing extreme temperatures from Norwood to Angaston through the Adelaide Hills and the wine-growing Barossa Valley.